Whew!  I have to say I feel like I just ran a marathon after making these Pecan Sticky Buns.  It’s a good thing though, that these take so much time and effort to make because if it were easier I might be tempted to make them more often and that would not be good for my thighs.

The recipe for these buns (which was contributed by Nancy Silverton – love her) begins with making a brioche dough, which in itself is a fairly complicated and time consuming process with lots of rising and chilling and rolling.  Then once the dough is made, it is made into buns with a lot more rolling and chilling and rising.  And a lot of butter. 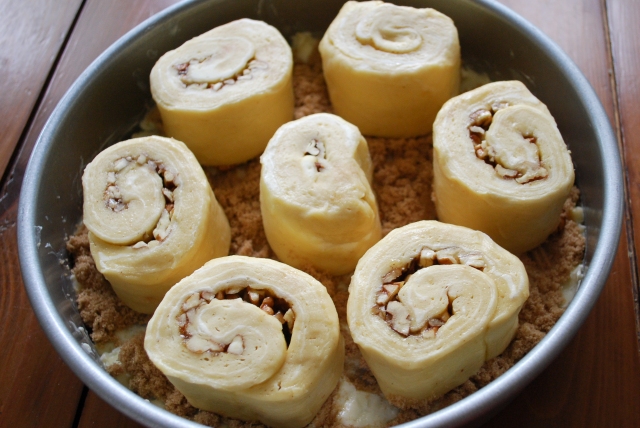 Even though there were a ton of steps in the recipe, they were all very easy to follow and really caused me no problems.  And the end result was the best sticky bun I have ever put in my mouth, with super flaky layers of dough and a nutty caramel topping.  Definitely worth the extra effort.

If you are tempted to try your hand at making this recipe you can visit this week’s Tuesdays with Dorie/Baking with Julia hostesses, Lynn of Eat Drink Man Woman Dogs Cat and Nicole of Cookies on Friday.

Alright, this post is going to be short and sweet – not unlike this week’s Tuesdays with Dorie/Baking with Julia pick, Lemon Loaf Cake contributed by Norman Love.  By that I mean that this cake couldn’t be easier to put together, and the result is a nice little lemony pound cake with a dense crumb that takes well to toasting, piling up with strawberries or peaches, or just eating as is.

No need to dirty up your mixer, this cake is made the old fashioned way with a whisk and a sifter.  It only uses lemon zest, so if you’re after an extra shot of lemon flavor I would add in a little juice too.  And it just begs for a little lemon glaze.

Please visit the blogs of our lovely hostesses, Truc of Treats and Michelle of The Beauty of Life for the recipe.

Pizza Rustica, this week’s Tuesdays with Dorie/Baking with Julia recipe, is not exactly what most people think of when they hear the word pizza.  This is actually a traditional Italian dish translated as “rustic pie” that is made with a  sweet pie crust and a cheesy, meaty, egg based filling.  It is usually eaten at room temperature or even cold, and often as an appetizer according to Nick Malgieri, the contributor of the recipe.  The Italian version of quiche maybe?

The major difference is in the crust.  It is a basic Italian pastry dough called pasta frolla which is used in most of their pie recipes, either sweet or savory.  It is made with a good amount of sugar added to the flour with eggs to bind it together.  The recipe did not call for chilling the dough or pre-baking it, but it rolled out without problem and baked up just perfectly.

In the filling you will find ricotta cheese, eggs, mozzarella cheese and Pecorino Romano, along with prosciutto and parsley.  This savory filling, especially with the salty Romano cheese and prosciutto, is used to provide a pleasing contrast to the sweet crust.  I thought it was an interesting combination but I did feel like the filling lacked a little “oomph” which might possibly be cured by adding more of the Romano cheese, another salty meat, or a few more seasonings.

We had a slice warm with our dinner the night is was made, then I tried a bite once it was completely cool, and then had a cold slice for breakfast the next day and I liked it equally well at all temperatures!  This was a really fun recipe to make and not extremely complicated either.  I’m sure the other TwD’ers will provide a ton of ideas for additions and variations of it too.

If you’d like to try this one out, visit our lovely hostesses for the week, Emily of Capitol Region Dining and Raelynn of The Place They Call Home where you will find this recipe! 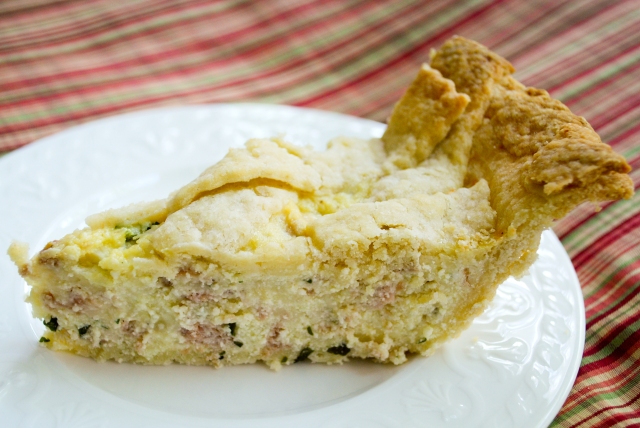 The end is near, VERY near.  The end of winter, I mean.  I’ve already sworn off heavy sweaters  no matter what.  I’m getting ready to buy some colorful flowers for my porch.  Daylight savings is about to begin.  THIS IS IT!

As for my kitchen, this cookie will probably be the last of the winter warm-spiced sweets that will be coming out of it before the light citrus and floral flavors take over.  Rugelach, with a cinnamon-sugar, nut and dried fruit filling, is the recipe for this week’s Tuesdays with Dorie/Baking with Julia.

The recipe was contributed by Lauren Groveman and is slightly different from Rugelach that I have tried in the past whereby it is rolled up lengthwise and sliced and then drenched in cinnamon-sugar-nut crumbs before baking.  The dough is traditional, made with cream cheese and butter which is easy to work with and bakes up fluffy and tender and is really hard to mess up.

I used a natural apricot preserve for my filling, along with pecans and walnuts and a dried fruit mix from King Arthur Flour that includes apricots, raisins, pineapple cubes, dates, and cranberries.  I didn’t need to plump the fruit at all and the mix of flavors with the sugar and cinnamon was delicious.  I think the idea of rolling these in the cinnamon-sugar-nut mixture was brilliant.  It gave these cookies that little something extra that causes them to be slightly addictive.

This is not a ‘throw it all together and bake’ recipe, however.  It is fairly complicated and involves a lot of chilling.  I spread it out over three days – making the dough on day one, filling and rolling on day two, and coating and baking on day three.  You could do it in one if you started early enough, but it really needs at least two.  And I would suggest if you want to store some to bake later, freeze the logs after rolling them up but before coating them, just make sure to put aside half of the coating mixture in a bag to freeze with them.

Thanks to the Tuesdays with Dorie/Baking with Julia hostesses for this week, Jessica of My Baking Heart, and Margaret of The Urban Hiker.  You can find this fabulous recipe on their sites or in the lovely book Baking with Julia by Dorie Greenspan.

Today it’s Tuesdays with Dorie – Baking with Julia and this week we baked David Ogonowski’s Chocolate Truffle Tartlets.  They’re made with a dark chocolate tart crust and a filling of butter, bittersweet chocolate, egg yolks, and sugar.  White chocolate, milk chocolate, and biscotti chunks are added to the filling before baking to push these tartlets over the top.

The recipe makes six 4 1/2 inch tartlets, but I only had four pans, so instead of trying to do some complicated math or only making three and risking a fight amongst the children, I halved both the dough and filling recipes and divided them up into four portions.  I had to roll the dough a little thinner but it still puffed up nicely when baked and made a significant crust.  The recipe also instructs you to remove the bottoms from the tartlet pans, but I left mine in (’cause I was scared) and they came out just fine.

The filling didn’t completely fill up the shells either, but once I tasted the end product I was kind of grateful that they weren’t any thicker.  These babies are RICH.  I would describe the texture of the filling as a kind of brownie/fudge hybrid.  They came out of the oven with that papery top you get on the best brownies and the inside was soft and a little fudge-y.  I almost didn’t add the biscotti to them because the idea just sounded wacky, but in the end I did, and I almost think that is the best part.  The whole thing is just so dang chocolatey that the biscotti adds that little bit of relief from chocolate overload.

I must admit that these tartlets had mixed reviews at my house, being deemed “too chocolatey” by the person who picks the chocolate chips out of the chocolate chip cookies (husband), and thoroughly enjoyed by another who was in the throes of some serious chocolate cravings (me).  Ultimately, I think this is the perfect recipe for a true chocolate lover – someone who doesn’t simply enjoy a Hershey’s milk chocolate bar but who also really digs the deep dark 70% and higher chocolate.

Our hostesses for the week are Steph, Spike, Jaime and Jessica, just click on their names to check out the recipe or you can get this fabulous book yourself by clicking here. 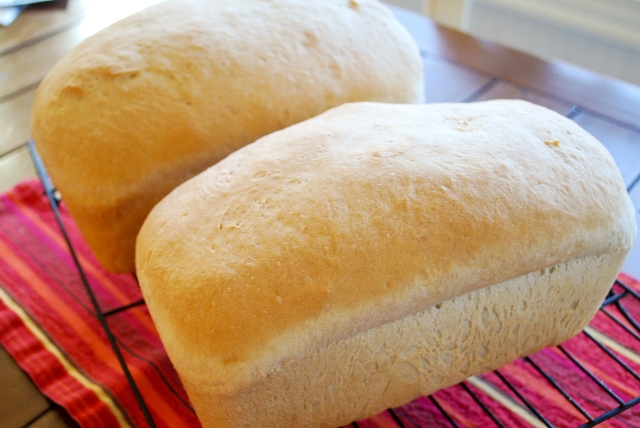 I’ve had the lovely book Baking with Julia in my cookbook collection for a while and have made some very successful and delicious recipes from it, but it had somehow gotten buried under the ever-growing pile of newer cookbooks over time. When I discovered that the Tuesdays with Dorie group had chosen this book, which Dorie Greenspan put together from Julia Child’s PBS series of the same name, I dug it out and flipped through the pages thinking all the time “Man, I forgot how good this book is!”

I know the brioche and sticky bun recipes are fabulous, and I love the idea of baking my way through the book in order to try all the other recipes.  So, here goes!

The first recipe chosen for the month of February was White Loaves, contributed by Craig Kominiak, which begins a chapter titled “Daily Loaves”.  Regular Shortbread readers will know that I have made quite a few loaves of bread in my time, and it was difficult for me to keep from straying from the recipe and doing my own thing.  But I tried to use the techniques it called for, and the only substitution I made was using instant yeast instead of active dry because it was all I had in the pantry.  (If you find yourself in the same situation, skip the first step of mixing the yeast, sugar, and water together and just stir the yeast and sugar into the first half of the flour before adding the water.)

This dough was definitely on the wet side for me, but the loaves rose quickly and baked up tall and fragrant.  It sliced easily and made tasty sandwiches, toast, and was even better with a layer of Nutella.

This week’s TWD/BWJ hostesses are Laurie of slush and Jules of Someone’s in the Kitchen, and on their websites you’ll find this recipe.  Visit the Tuesdays with Dorie blog for more information!

There are just some things that cannot be substituted or duplicated.  Like ranch dressing, hazelnut spread, cherry pie filling, or Reece’s Peanut Butter Cups.  Try as you might, it’s just impossible to make some things at home that work as well in recipes or taste the same as certain foods, whether you like it or not.

END_OF_DOCUMENT_TOKEN_TO_BE_REPLACED 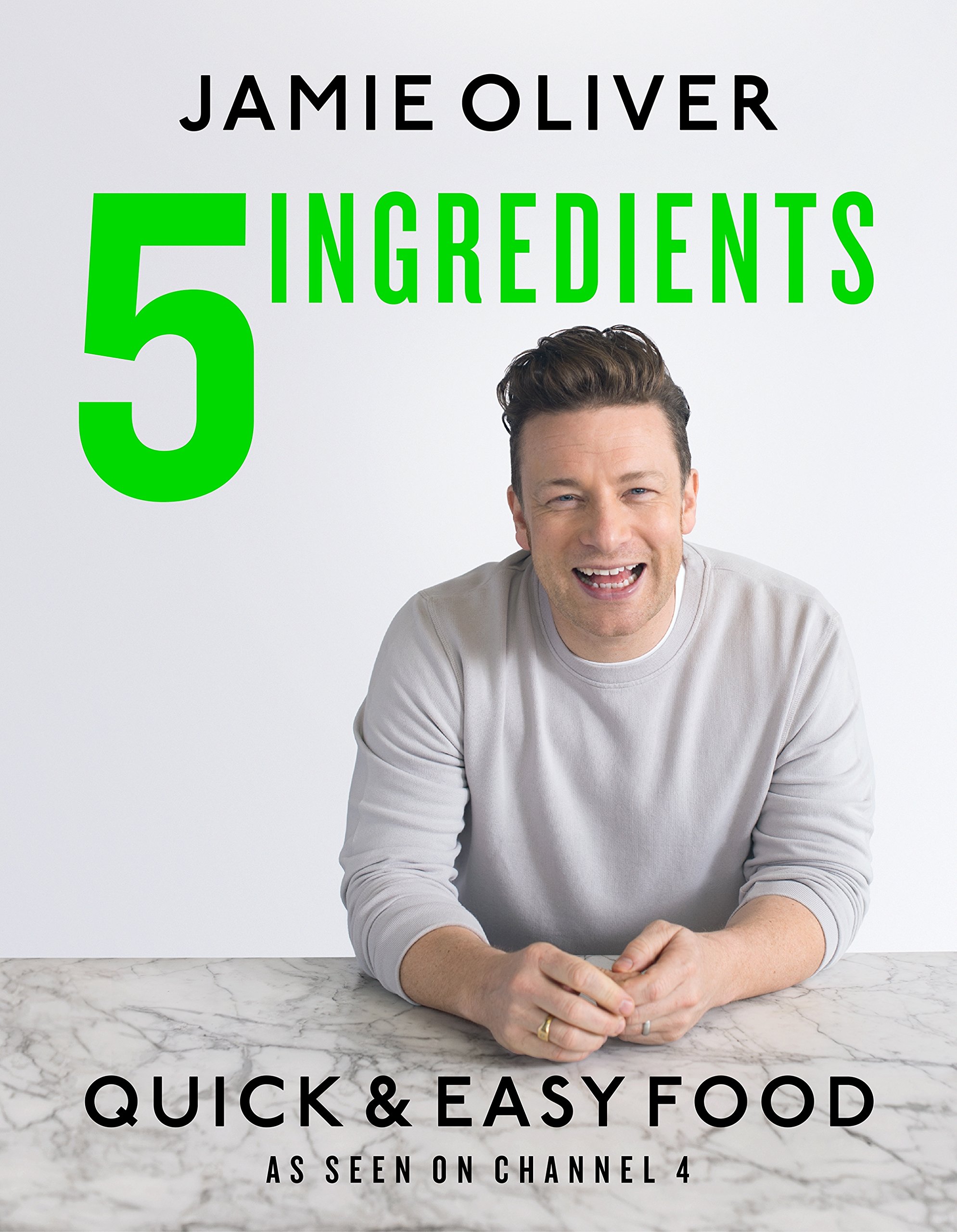