“Women (and some men) who are tired of cooking for those ingrates called children and the occasional spouse, who are weary of cleaning up after meals and bored with eating on a schedule . . . know the pleasure of being alone at last in one’s kitchen. It’s an enjoyable moment when we get to eat whatever and whenever we want – and wherever, too, for that matter”, writes Deborah Madison in her book, written with her husband Patrick McFarlin, What We Eat When We Eat Alone.

This basically sums where I am in life related to alone time in the kitchen.  Most of my time in the kitchen is spent cooking for others, trying to provide meals that are healthy, that everyone will eat and (mostly) enjoy, and cleaning up the mess afterward.  When I find myself alone, cooking for only me, I absolutely relish that time and try to make the most of it.  And if this time happens to be on an extremely rare night alone, it will include “more red wine than usual”, as many of the interviewees in Madison’s book confided.

In Madison and McFarlin’s book they interviewed anyone they encountered to find out their preferences when faced with eating alone.  It was discovered that often people felt that cooking for one was not worth a big production, and as a result people usually threw together a few pantry items, like toast and sardines, crackers and milk, or soup from a can, and called it a night.

Others, however, shared some relatively simple but tasty recipes they save for alone times, usually because they are things only they like (kidneys) or they are a little embarrassed to admit to liking them (Frito pie).  The authors took many of these recipes and tested them out themselves, finding that indeed they were worthy of preparing, and shared them in the book.  A couple I plan to try in my own kitchen – Asparagus with Chopped Egg, Torn Bread, and Mustard Vinaigrette; and Potato Wedges with Red Chile.

I spent many years before marriage cooking for one, and I would say the only drawback was having to scale everything down so you didn’t end up eating a whole cake alone, or ending up with gallons of soup to eat for the rest of the year.  But being someone who really enjoys cooking and eating good tasting food, I didn’t compromise just because I was the only one eating.  And even now when I am alone, if I have a little energy to spare, I will whip up something just for me.  Because like one contributor to the book admitted, “Eating alone is nothing less than a luxurious, even decadent, act, because I get to thing about myself. I don’t have to think about someone else.”  That could even mean chips and a really good dip for dinner, even, just because I can.

Here’s a recipe I might have shared with the authors if asked, an easy but tasty recipe I’ve been making for myself since my school days, called a Turkey Fapita.  Deli turkey, onion, Worcestershire or soy sauce, and a pita or tortilla wrap are all you need to make it.  Of course it can be embellished with anything else you have on hand, such as peppers, cheese, salsa, a squeeze of lime, etc., but it is perfectly good and filling as is. 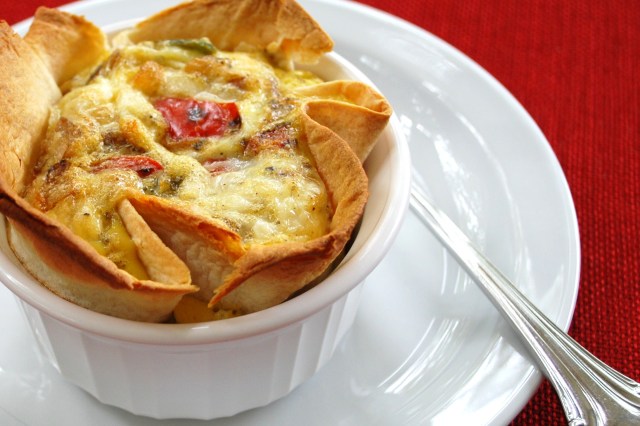 Today I’d like to pay tribute to the egg.  Often overlooked and previously maligned, it has overcome its humble beginnings and surpassed its bad reputation to earn a place in the food spotlight. END_OF_DOCUMENT_TOKEN_TO_BE_REPLACED

Who still has their Christmas tree up?  (Raises hand.)  The ornaments are off of ours, but it still sits in the den, crispy and deep-fried from the dry heat.  Looking more like something from The Nightmare Before Christmas.  Scary.