We have what I call a small zoo at our house.  Two dogs, a bunny and a guinea pig that all eat, drink and make waste, to put it mildly.  The kids have to be reminded quite often who these animals belong to and whose responsibility they are.  We have threatened to give away said animals quite often, also.  But as I was looking through my photos this weekend, I discovered that the animals do find a way to get a little attention.  This was just too funny not to share.Apparently, to keep boredom at bay, my children have been dressing up their pets and having photo shoots.  Here is the black lab… 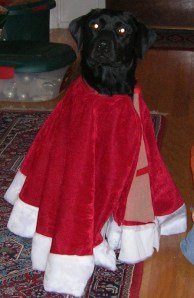 as a Christmas tree (or “king of the forrrrrest”), 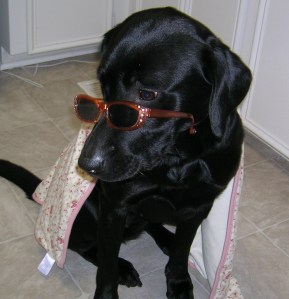 The westie, fairly new to the family has so far only been subjected to… 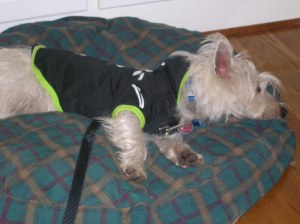 a skeleton hoodie for Halloween,

And the bunny has been crowned as her namesake, Princess…

also in a tiara.

As for the guinea pig, we may have to re-name him…

Here’s something you can whip up the next time your kids are putting on a pet fashion show and you have a little time before having to rescue the poor animals.  This Turkey Olive Panini uses the Olive Dip recipe from yesterday as a spread for a turkey sandwich with roasted red peppers and arugula (spinach or basil would be good, too).